The most recent issue of the Bulletin of the Institute of Classical Studies has a great little cluster of three articles about digital approaches to the Mediterranean world that I read over the last couple of days with great interest. I was particularly interested in Elaine Sullivan’s advocacy for 4D GIS visualizations, which, she argues, “afford new potential for the examination of now-altered ancient landscapes from a human viewpoint, specifically for exploring aspects of experience that changed through time and space” (71).

I don’t know nearly enough about Egyptian archaeology to evaluate Sullivan’s paper as a contribution to that field; I’m more interested in her contention that certain technologies (specifically 4D GIS) are better positioned to contribute to (in her terms) humanistic and qualitative analyses of the ancient world than others (specifically traditional 2D GIS). Sullivan’s rhetoric is measured and her discussion is thoughtful. I do worry a little bit about the idea that certain technologies in and of themselves are good for one thing and not for another, at least as it is usually expressed, since it seems to me overly simplistic.

Let me explain. Sullivan begins her discussion with an exposition of the limitations of traditional, two-dimensional GIS. It’s a criticism that all archaeologists (I presume) know well, since it’s been out there since the late 1990s. As Sullivan explains,

With its powerful aggregation and layering tools, GIS offers numerous avenues to approach ancient landscapes quantitatively. However, the limitations of GIS systems have led to serious critiques that question its larger potential for archaeology. In the 1980s and 1990s, post-processual archaeologists rejected GIS as reductionist, positivistic, and lacking engagement with cultural and social factors. Landscape was theorized as more complex than an environmental stage onto which human actors were dropped – and the human-environmental relationship was redefined as dialectic. Archaeologists investigating how embodied humans would have experienced and interpreted specific cultural places still in many cases see GIS as antithetical to exploring this relationship, creating false objectivity in what were subjective spaces. Current theorists emphasize that landscape studies must include the ‘material, cognitive and symbolic’ aspects of this dialectic.

Indeed, traditional GIS lacks many features providing the type of contextual information vital to approaching humanistic research questions. The platform works primarily in a two-dimensional coordinate system, which lacks the qualitative aspects that reflect the inhabited human world. People do not engage with the world from an overhead, omniscient viewpoint, but from the perspective of a single viewer. Cartesian space does not replicate human sense of scale, physical relationships between people and things, or aspects of ‘local distinctiveness’ that create cultural meaning in specific places. Also, human movement through space and the changing perception of spaces through time cannot be duplicated in traditional GIS. As one leading scholar in the field succinctly stated: ‘GIS are currently ill-equipped to deal with space as it surrounds an individual.’

I’ve always found this criticism of GIS a little bit – okay, a lot – misplaced. Sure, GIS represents the world in particular ways that do not correspond to the ways that humans experience the world, but that’s hardly surprising. GIS doesn’t even represent the surface of the earth accurately, after all, since it’s constrained by the limitations of cartography. It’s essentially a mapping program (at least as it’s used by archaeologists), and I don’t think that anyone worries that maps are too positivistic; they’re ways of displaying simply a complex reality. Certainly there is a problem if one thinks that GIS represents reality unproblematically, but does any normal person actually think this? If we get a sense of false objectivity from GIS, it is because we are not doing enough thinking.

Moreover, if we’re going to wring our hands about GIS, then it seems to me that we need to wring our hands about everything else. We have to worry about maps of all kinds, representations of all kinds, rulers and compasses, survey tapes and GPS units. This criticism of GIS feels a little bit to me like the lack of recognition that there is a difference between a model of reality and reality. 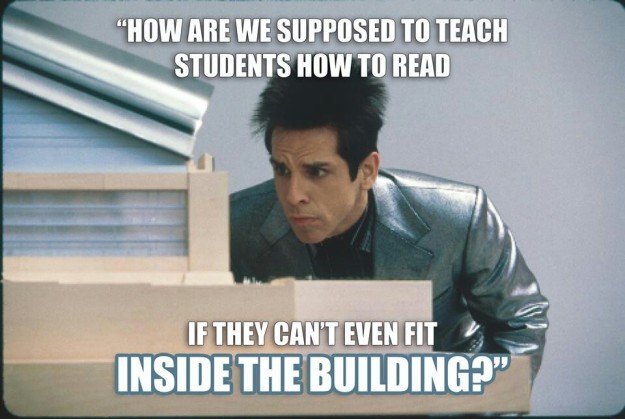 Or, put more famously, “all models are wrong, but some are useful.”

So sure, it’s true that human beings do not live in a digital panopticon, but none of the tools at our disposal for the study of the ancient world really capture the lived lives of ancient people. Maybe 1% of all ancients could read and write but we don’t seem to be too concerned that our primary mode of communicating is the academic text.

I never really understood why GIS was the target of this post-processual assault (I say this as someone who uses GIS quite a bit and whose theoretical framework is essentially post-processual). The only thing that I can think of is that the problem is the faith that many practitioners have in their tools. If you think that there is a technological magic bullet, then any technology that falls short is a false idol that must be denounced.

That seems like exactly the wrong approach to me. This isn’t me picking on Sullivan; she’s really using this pre-existing critical discourse about traditional GIS to pivot towards her discussion of 4D GIS. But her treatment of 4D GIS is balanced; she doesn’t claim that it will solve all of our problems, merely that it is a useful tool. (I have more to say about that, but I think in another blog post).

Ultimately it’s our faith in various technologies that is at fault here more than anything else. We need to remember that no technology will (on its own) allow us to really understand the lived experiences of anyone. If we aren’t mindful of this fact, we’ll just end up jumping from bandwagon technology to bandwagon technology.

Kriging the artifact densities from the Western Argolid Regional Project.

3 thoughts on “There is no magic bullet”