Since the new year, my sabbatical has changed gears significantly. I’m currently based in the most old skool of old schools: the American School of Classical Studies at Athens. My daily routine now revolves around the Blegen Library and Loring Hall in a way that it’s only done in 2003-4, my regular member year. Regular membership is something that was considered de rigeur in my graduate program at the University of Texas at Austin and my regular year was a formative experience for my professional career and personal life.

I’ve found it really fun and productive to work in a carrel in a non-circulating library, surrounded by (almost) all of the books that I could want for my various projects. 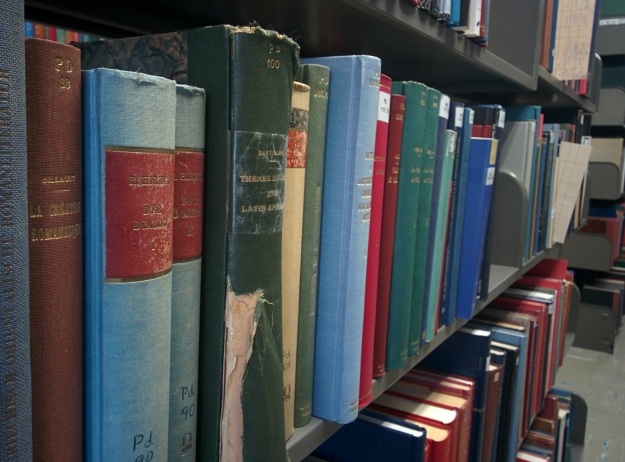 The view from my carrel

What else? I’ve also started keeping many of my notes in a notebook with high-quality thick paper to absorb the ink from my Pelikan fountain pen: 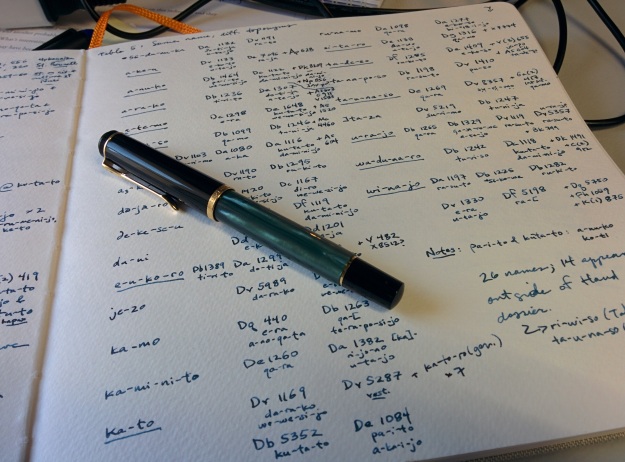 This isn’t some weird affectation or rejection of technology – it’s actually allowing me to make better use of my computer. My laptop, with only a 13″ screen, is perfect for travel and working on the go, two things that I do plenty of, but it means that it’s hard to have more than one or two things open at a time. When you’re working with Linear B texts, lexica, prosopographies, etc. all at once while writing a paper that you’re rapidly realizing isn’t close enough to done even though you’re leaving town in less than a week, it’s useful to have pen and paper handy in order to multitask. (And I do really love the way my fountain pen writes; it’s a really good pen. I’m not trying to be weird). It still feels awfully old-fashioned, but I’ve filled up this notebook faster than almost any other.

Being back at the American School has been weirdly nostalgic, but it’s also been an amazing place to work. It’s given me a boost in productivity when I’ve needed it most (I’ve given three papers in Athens, London, and Cambridge in the past month, with a fourth at the BSA in less than a week), it’s given me the opportunity to hang out with old friends and make some new ones. The American School and Athens can really feel like the center of the world, as well as a wonderful place to hole up in the library and read, read, and write. Once I’ve given my talk this Monday I’ll have a bit more unstructured time to do some things in Athens outside of the familiar walls of the School.